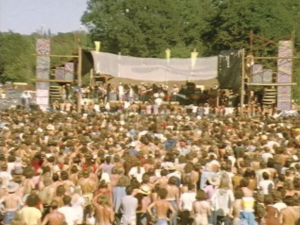 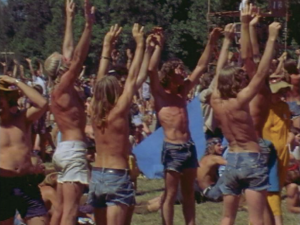 Lately we’ve been humored by folks wanting to talk about that famous Grateful Dead show. As our family and friends remind us, the Sunshine Daydream Concert held in Veneta, Oregon on August 27, 1972 was a monumental day in history. And we could not agree more. As we approach the 50th Anniversary (unthinkable to us), interest has been piqued. So, we’ve been sharing our dusted-off memories and stories in square zoom boxes with news media, longtime friends, new employees, millennial grandchildren and all who are curious about the unusual circumstances that led to a far-fetched ask, and how an act of pure kindness changed the course of history for our humble yogurt company. 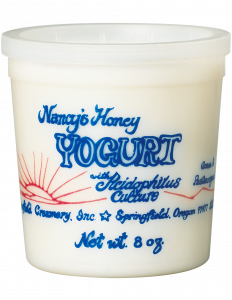 We had just launched our Nancy’s Honey Yogurt with acidophilus, the first yogurt in the US to have probiotics (Chuck was determined). We were selling in the local area and our expenses were piling up. The payroll taxes were due among other things. Closing the doors on our (then 12-year-old) Creamery was looking like a reality. It seemed we needed a hand-up to get out of our financial hole. 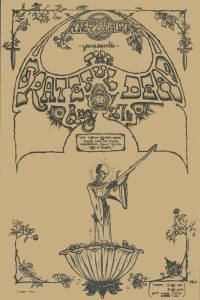 Chuck has always been creative and resourceful and always the one in our family who thinks outside the box. In the summer of ’72, he led us on a spontaneous trip to the Grateful Dead offices in the Bay area to ask the extraordinary question – would the Grateful Dead come to Oregon to play a benefit concert for Springfield Creamery? They said yes! And the race was on. Our daughter, Sheryl says, “we went from yogurt makers to concert promoters in 28 days!” And that’s exactly what happened. 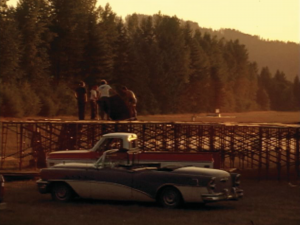 The concert date was set for less than a month later. We had to secure the location, build a stage, print and sell tickets, all while running our business, making yogurt, staying afloat and raising two young kids. Chuck recalls, “I had never been to an outdoor concert – they just didn’t happen. So, there was no prototype. And we didn’t have any money anyway. But we’re pretty good at engineering because the Creamery is a complicated machine. We build and make stuff work all the time. So, we built a city in a field with mostly volunteers and in 28-days we had a concert.” 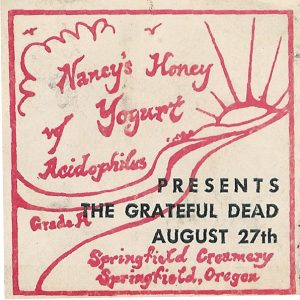 The challenges continued with the printing of 20,000 concert tickets. The time to design, print and sell was so short, we had to get creative. Once again, we didn’t have any money to get the tickets printed, and the ‘Ticketmasters’ of today didn’t exist. At that time, we had small square labels we peeled and stuck on our Nancy’s Honey Yogurt containers. No printed containers in those days. Anyway, we had an inventory of the labels, so we went down the street to the print shop and had them print over the top, so it read, Presents the Grateful Dead August 27th. And we had our tickets! 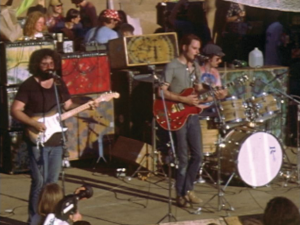 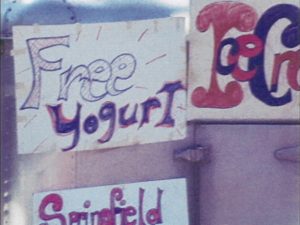 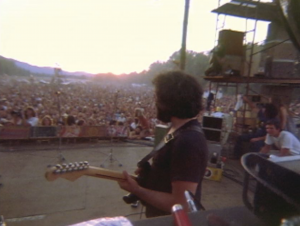 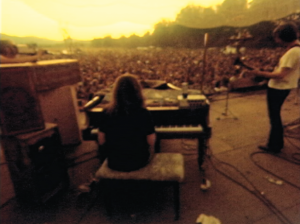 As Nancy recalls, we started selling the tickets out of the Creamery office, which was about as big as a closet. So, we moved the action to some local health food stores where we were selling the yogurt. Those yogurt label tickets sold for $3.00 in advance and $3.50 at the door. Quite a deal!

As novice concert promoters, we built the stage in the Veneta field facing west. This proved to be a challenge as the Grateful Dead played for hours facing the hot sun, on a day that hit over 100 degrees (unheard of for those times). The band members were concerned that their instruments were out of tune because of the heat, but they played on and on until the sun set – to the delight of us all.

Looking back on that day and the times 50 years ago, we were just trying to survive financially. The fact that friends and strangers alike joined together to build stages, cook meals, take tickets, direct traffic, care for children, haul water and play amazing music on a simmering hot day, all for the benefit of our little Creamery is beyond humbling. We’ve never forgotten the difference an act of kindness can make and we’ve tried to pass it on to others since. In our time of need, the Grateful Dead’s generosity and friendship changed the trajectory for us and generations of others. As Chuck says, “we got to fill people full of probiotics for 50 more years.”